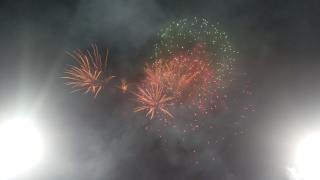 I usually don’t ride the road of luck in day-to-day basis. But there are times when the angels look at our lives and throw some treats at us.

Something similar happened to me in just a couple of months before. Getting selected from over twenty thousand people into a bunch of really lucky twenty winners from all over the country to watch the Cricket T20 finals in Kolkata, was something extraordinary which happened in my life.

The final match was played in Eden Gardens Cricket stadium, which is one of the oldest and largest cricket grounds in the world. Having seen it over the television many times, I didn’t think I’d be able to stand under the floodlights of it for a memorable occasion.

It was a three-day journey. We almost travelled a whole day there as we couldn’t get a direct flight to Kolkata, so had to take four hours of transit time in Mumbai. This is not a report of the whole journey as I don’t think I’d be able cover a whole city within just a few hours in it. However, the first impression after stepping my feet on the grounds of the city was quite remarkable. It was already getting dark when our luxury coach pulled out of Kolkata International airport, and it took another hour to reach the hotel, which was just near the stadium.

Since we had a small time to wonder around the city, we decided to have a quick dinner and walked down the street just around the corner of the hotel. That was when I realized that I just stepped into a middle of buzzing crowd. The night market was nearly inaccessible, and hardly moved our feet among the noisy crowd of buyers and sellers. That reminded of the street market back in Colombo, but with a bit more people in it. After a couple of hours of walking down the street, we returned to the hotel – empty handed. There were only a handful of people who had the opportunity to creep inside some shops to buy some local clothes and sweets.

The following morning, I managed to eat some local food from the hotel buffet and found out some new flavours which I hadn’t tried before. They had quite a number of selections of sweets which were really mouth-watering. But my tummy didn’t allow me to try them all and I alleviated the bad feeling by reminding that I was going to stay for another couple of meals there.

View outside the room

View of Kolkata outside the room 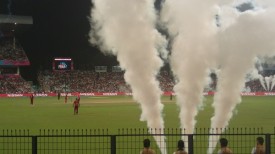 sunset over the clouds

over the Mumbai sky

Small decoration in the hotel lobby 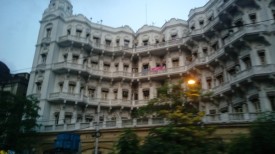 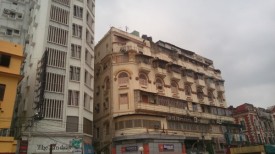 I was taken aback when I stepped on the streets that morning. It was when I had the true feelings of the city as it was a Sunday morning. The first feeling was that I had time-travelled a couple of decades backwards. Almost all the vehicles in the streets were from back in 80s, and to my surprise the buildings around the hotel looked exactly the same. I wondered if they had abandoned those, but after a close look, I could see people living inside of them. After observing several buildings down the street, my first question asked from the local guide was why don’t they renovate them?

That’s when I heard a long lecture about the history of the city. He took the pleasure to highlight a lot of key information and I thanked him for breaking down them real quick. It was the capital of British India. Almost all of the buildings which were built in that era were preserved to have that look, which was quite amazing. Even though they would have done a better job on that, I secretly appreciated for not demolishing them down.

Before entering the ground, we had the luxury of driving around the city, enjoying the old monuments and the vehicles. The stories heard about India were not by far from reality, as those were proved right in front of my eyes. Even though the three-wheeler was invented there, it was hardly to be seen on the streets.

Eventually, we enjoyed a fabulous cricket match, even though Sri Lanka were not lucky enough to be there in the final. West Indies put on quite a show against the Englishmen, and it was one of a kind way to lift the cup.

After a tiresome journey, we headed back home with lots of memories. It was my first trip to India, and since there are so much to be seen, it’ll be just the beginning journey for that amazing nation.